After a two-year delay due to the pandemic, the latest recipients of the USC School of Pharmacy’s Alumni Awards were honored for their contributions to the profession on March 6 at The Langham Huntington in Pasadena.

The evening began with a performance from the USC Trojan Marching Band followed by opening remarks from Dean Vassilios Papadopoulos and David Neu, Chairman of the Board of Councilors, who announced plans for a new USC Pharmacy location in South Los Angeles that will expand the School’s mission of service in a local community facing health disparities.

After dinner and a performance from USC’s all-male a capella group, The Trojan Men, each of the awardees was introduced by a current student or recent alumnus of the School and had the opportunity to give brief remarks before more than 300 guests.

Meet the recipients of the 2022 USC School of Pharmacy Alumni Awards:

Reda Alhoussayni, PharmD ’00, received the Community Service Award. An adjunct assistant professor at the school, he has been a valued preceptor for 20 years. As president of Olive Branch Pharmacy in Downtown Los Angeles, he has built partnerships with local medical and dental practices to better deliver high-impact, compassionate services to the community.

Hovik Gukasyan, PhD ’04, received the Research Achievement Award. An associate professor of pharmacology and pharmaceutical sciences at the USC School of Pharmacy, he previously was associate director at Allergan Inc., where his research focused on the development, characterization and application of novel drug carrier systems for cancer.

The Honorary Alumni Award went to Hattie Rees Hanley, MPP. In 2007, she co-founded and continues to direct the Right Care Initiative, a public-private effort to advance prevention and better management of hospital-acquired infections, heart attacks, strokes, diabetes and heart failure.

The Dean’s Medallion Award was presented to Edward Martin Lieskovan, PharmD ’85, MBA, CEO of PRL Pharma Group, an adjunct professor at the USC School of Pharmacy and faculty advisor for the Academy of Managed Care Pharmacy’s USC student chapter. He is a leading authority on nutraceuticals and drug formulation.

Linh Lee, PharmD ’01, was honored with the Distinguished Alumni Award. She serves as director of Health and Wellness/Pharmacy for Ralphs Grocery Company, where she has developed numerous clinical programs, including immunizations and disease state management. 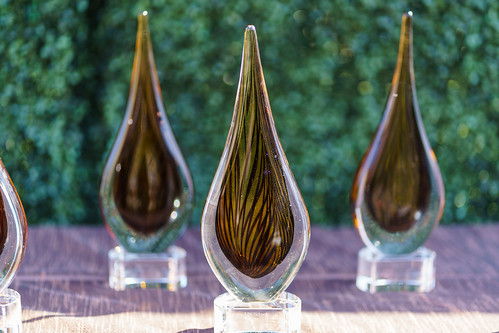