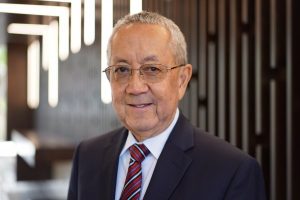 William C. Gong is an associate professor of clinical pharmacy and director of residency and fellowship training at the USC School of Pharmacy. He received his PharmD from the University of Southern California and completed his residency in clinical pharmacy at the Los Angeles County+USC Medical Center. He is a primary care pharmacist at the Edward R. Roybal Comprehensive Health Care Center in a general medicine clinic involved with management of chronic disease conditions. His specialty practice area includes diabetes care and the metabolic diseases. He is a preceptor for the American Society of Health-System Pharmacists (ASHP) Diabetes Patient Care Traineeship at the Royal Center. As a faculty member, Gong is responsible for teaching in the primary care clerkships and providing lectures in the therapeutics series.

Gong is actively involved with professional organizations, having served on the California Society of Health-Systems Pharmacists (CSHP) board of directors. On the national level, he has served as vice chair and chair for the Primary Care Specialty Practice Group of ASHP, as an executive board member of the ASHP Section of Clinical Specialists, and as a member of the ASHP Commission on Credentialing. He has published and given numerous presentations on ambulatory care pharmacy practice issues and diabetes care on the national and local level. He is cited in the Congressional Record for Pharmacy Practice Achievements and is a fellow of both ASHP and CSHP.