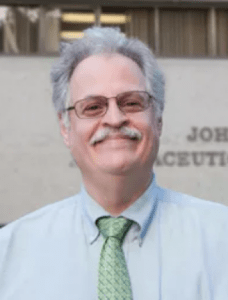 Irving Steinberg has been with USC since 1985 and is associate dean for faculty affairs at the USC School of Pharmacy, associate professor of clinical pharmacy and pediatrics at the USC School of Pharmacy and Keck School of Medicine, and is director of the Division of Pediatric Pharmacotherapy in the Department of Pediatrics at the LAC+USC Medical Center. He is a graduate of the University of Minnesota, where he completed his residency and an endowed fellowship in infectious diseases and pharmacokinetics.

He maintains a busy clinical consultation practice with bedside teaching of medical residents, represents the Department of Pediatrics on the Pharmacy and Therapeutics Committee and on the Antimicrobial and Medication Safety Subcommittees at LAC+USC Medical Center, and has served on medical expert panels for the Department of Health Services. He has published and presented numerous scientific papers and book chapters on pharmacokinetics, antimicrobials and drug resistance, antiepileptic and cardiovascular drugs. He is a content editor on anivirals and antifungals for the forthcoming issue of the American Academy of Pediatrics’ Redbook.

Areas of research emphasis include predictive performance of pharmacokinetic models for dosing in children and novel pharmacotherapeutic applications of drugs such as amphotericin and erythromycin in neonates. This diversity in areas of expertise is reflected in his programmatic efforts and teaching, from bedside to classroom, at USC. He has trained numerous pediatric pharmacotherapy residents and fellows who have gone on to distinguished careers.

Steinberg is a noted national speaker for many physician and pharmacist audiences, and has given hundreds of lectures and continuing education programs in 43 states in the U.S. His expertise in legal medicine is nationally regarded and sought after in court and arbitration disputes involving pharmacologic and toxicologic issues.