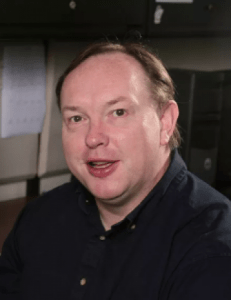 Associate Professor and Vice Chair of Pharmacology and Pharmaceutical Sciences

Ian Haworth received his PhD from University of Liverpool, UK (adviser: Prof. Raymond J. Abraham), 1986-1989, in physical organic chemistry, and conducted postdoctoral work at Oxford University, UK (adviser: Prof. W. Graham Richards), 1989-1992. He joined USC in 1992. His research interests lie at the interface between chemistry, biology and the computational sciences, with the goal being an improved understanding of the dynamics of molecular association of nucleic acids and proteins. He has published more than 60 papers in this area, and his work has attracted funding from federal and non-federal sources.