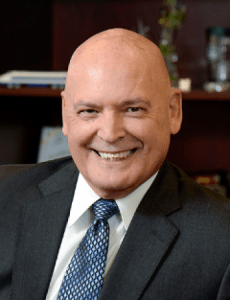 Professor Emeritus of Clinical Pharmacy, Psychiatry and the Behavioral Sciences

Stimmel has long been a national voice in expanding the scope of practice for pharmacists, including advocacy for pharmacist prescriptive authority. He led a pivotal pilot project in the late 1970s that was one of only two funded statewide to examine the safety and efficacy of pharmacists serving as prescribers. The successes of more than 30 pharmacist prescribers in this pilot program—practicing in a wide variety of healthcare settings—led to passage of legislation in California allowing pharmacists to initiate and modify drug treatment, order lab tests, perform physical assessments and administer drugs under physician authority. This law set the stage for further expansion of pharmacist authority passed in California in 1983 and, ultimately, 2013’s Senate Bill 493, which recognizes pharmacists as healthcare providers.

Throughout his career, Stimmel published numerous studies and opinion pieces in a range of journals supporting the expanded practice role for pharmacists. His clinical work focused on psychiatric pharmacy and he maintained a longstanding practice in geriatrics and rheumatology at the LAC+USC Primary Care Clinics. Stimmel has long been a prolific scholar in the field, having published over 230 articles and textbook chapters and pioneered efforts in developing psychiatric pharmacy practice, education and residency programs.