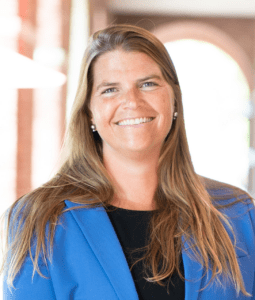 Department of Pharmaceutical and Health Economics

Erin Trish is co-director of the USC Schaeffer Center and an associate professor of pharmaceutical and health economics at the USC School of Pharmacy. In addition, she is a nonresident fellow in economic studies at the Brookings Institution and a scholar with the USC-Brookings Schaeffer Initiative for Health Policy.

Her research focuses on the intersection of public policy and healthcare markets, with recent projects focused on surprise medical bills, prescription drug spending, healthcare market concentration and healthcare reform. Her research has been funded by grants from the Robert Wood Johnson Foundation and the Laura and John Arnold Foundation and published in leading health policy, health economics and medical journals. She has testified in the California State Assembly and presented her research at numerous federal agencies, including the Congressional Budget Office, Federal Trade Commission, Office of the Assistant Secretary for Planning and Evaluation, and the Center for Consumer Information and Insurance Oversight. In 2018, she received the Seema Sonnad Emerging Leader in Managed Care Research Award.