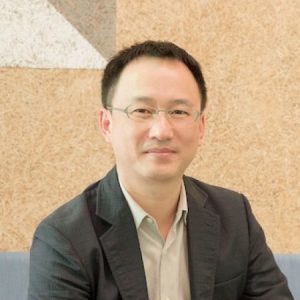 Chair & Professor of the Department of Pharmacology and Pharmaceutical Sciences

Wang received his BA in chemistry from Harvard University in 1996 and a PhD in chemistry from the California Institute of Technology in 2001. After completing a two-year postdoctoral fellowship in chemistry and chemical engineering at Stanford University, he joined the faculty in the Department of Pharmaceutical Sciences at USC School of Pharmacy as an assistant professor in 2003.

His research program focuses on the interface of chemistry and biological sciences. Specifically, he is exploring the mechanism of natural product biosynthesis in bacteria and fungi. His lab has been studying the use of Aspergillus nidulans as a general host for the production of fungal natural products. The lab is exploring using the fungal host as a platform for upcycling of plastics into high value natural products.