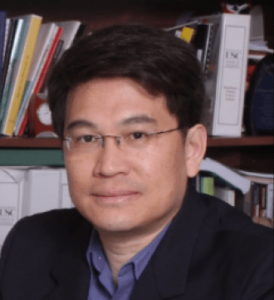 Department of Regulatory and Quality Sciences

C. Benson Kuo is associate director of the Consulting Center. He acts as consultant for regulatory compliance, submission requirements and strategic planning for innovative products developed at USC or by community members. Prior to joining the program, he served as the regulatory affairs manager at the Alfred E. Mann Institute, where he was responsible for regulatory support of medical device development and regulatory submissions and compliance with the Food and Drug Administration and internal review boards.

Before embarking on his regulatory affairs career, he worked in the biotech industry and served as a bioinformatics scientist, patent scientist and patent agent.

Kuo completed his PhD in biomedical sciences and received postdoctoral training at Stanford University School of Medicine. He is a graduate of the regulatory science program and RAC-certified by the Regulatory Affairs Professional Society (RAPS). He is a member of RAPS, the Orange County Regulatory Affairs Discussion Group, and the Clinical and Translational Science Award Regulatory Knowledge group.