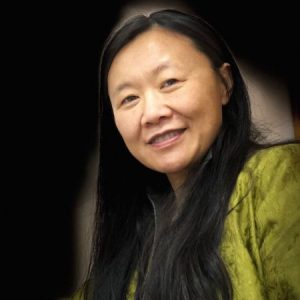 Professor of Pharmacology and Pharmaceutical Sciences

Bangyan Stiles joined the faculty of the Department of Pharmacology and Pharmaceutical Sciences at the USC School of Pharmacy in December 2005. She was promoted to associate professor with tenure in 2012 and full professor in 2016. She has built a successful program that allows her team to explore the complicated pathogenesis of chronic disease and apply therapies to test the translational value of their discoveries. Her group is the leader in understanding the contribution of lipid metabolism to cancer development targeting the phosphatidylinositol-3 kinase (PI3K) and related signaling pathway.

Stiles’ works have contributed to the understanding of how aged pancreatic beta-cells lose their response to the growth/regeneration signal and how this relates to the onset of diabetes. Her work in the liver investigates whether and how metabolic changes drive the development of cancer by studying liver cancer of which fatty liver is a common co-morbid disease. This research spans from metabolic liver disease such as non-alcoholic fatty liver disease (NAFLD) and alcoholic fatty liver disease, steatohepatitis such as non-alcoholic steatohepatitis (NASH), fibrosis and hepatocellular and cholangiocyte carcinomas. By targeting the PI3K pathway, studies from her lab identified steatosis as a critical and required step for liver cancer development. Her team discovered Wnt produced from macrophages as niche factors that promote tumor development due to steatosis. Beside exploring the molecular signals mediating cancer transformation and the inflammatory tumor microenvironment, the Stiles lab also identified critical factors involved in the development of steatosis and have worked with collaborators to develop pharmacological reagents to address NAFLD and NASH.