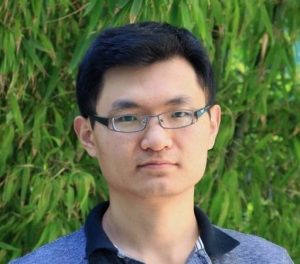 Zhipeng Lu received his BS in biology from Fudan University in 2008. He earned his PhD in biology with Prof. Greg Matera at University of North Carolina, Chapel Hill, in 2014. During his PhD work, Lu discovered novel RNA-protein interactions and new forms of circular RNAs. He conducted postdoctoral training with Prof. Howard Y. Chang at Stanford University from 2014 to 2018. Lu’s postdoctoral work established a general strategy to determine RNA secondary structures and interactions in living cells.

Lu’s work on noncoding RNA structures led to the discovery of drug target that has been employed to develop drugs to treat X-linked genetic diseases. His work was featured on the cover of Cell, on the cover of Best of Cell 2016.

Lu joined the faculty in the Department of Pharmacology and Pharmaceutical Sciences at USC School of Pharmacy as an assistant professor in 2018. His research contributions have been recognized by several awards, including the Damon Runyon-Sohn Pediatric Cancer Award (Layton Family Fellow), Stanford’s Jump Start Award for Excellence in Research, RNA Society Scaringe Award and the National Institutes of Health Pathway to Independence Award (K99 /R00, NHGRI)