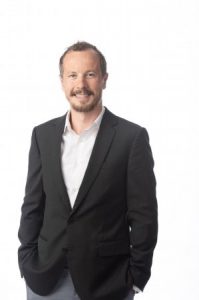 Serghei Mangul, PhD, is an assistant professor in the Titus Family Department of Clinical Pharmacy at the USC School of Pharmacy. He completed a postdoctoral fellowship at UCLA’s Institute for Quantitative and Computational Biosciences. Before that, he was a visiting scholar at Harvard Medical School after he earned his PhD in bioinformatics at Georgia State University.

His work combines expertise in computational biology and bioscience to help close the digital divide that can prevent life scientists from maximizing the potential of data-driven investigation.

Mangul’s research focuses on improving the techniques of bioinformatics—computational analysis of biological data—to better understand the mechanisms of disease. The mission of his lab is to design, develop and apply novel and robust data-driven, computational approaches that will accelerate the diffusion of genomics and biomedical data into translational research and education.

While at UCLA, Mangul helped create a plan for training research faculty in developing nations on how to enhance their bioinformatics programs through cloud computing and big data analysis. Nature Biotechnology published the concept paper, and Mangul’s team also developed an online resource guide.