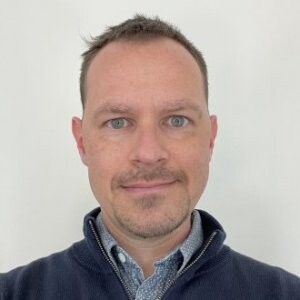 Our lab focuses on drug discovery, and initiatives to promote the betterment of public health. Our laboratory research is rooted in structural biology and biochemistry of neurodegenerative disease. We aim to develop inhibitors of tau aggregation, which is thought to drive neurodegeneration in Alzheimer’s disease and dozens of other neurodegenerative disorders. The lab studies two kinds of prospective tau inhibitors: (1) those that “cap” aggregates of tau to suppress their spread through the brain by prion-like seeding; and (2) “disaggregants” that untangle tau. We are also breaking into new territories: aiming at the blood-brain-barrier (BBB) as a target for early therapeutic intervention. BBB weakening is one of the earliest features of Alzheimer’s neurodegeneration, and yet in other cases the BBB actually hinders therapeutics that are vital for treatment from entering the brain. We are working to determine protein structures of the BBB to aid the development of BBB therapeutics. Structures of the BBB will open doors that allow for the design of intelligent therapeutics to regulate BBB permeability in defined ways, and correct dysfunction to prevent biological cascades that lead to neurodegeneration.

We have used a range of cutting-edge techniques in our endeavors to determine structures of proteins, aggregates and their complexes with drugs. These include single-particle CryoEM, Micro-electron diffraction, and X-ray crystallography. The key to developing drugs for some of the most widespread neuropathologies is understanding the fine features of protein aggregates, and how they interact with therapeutic molecules—antibodies, small molecule natural products and peptides. Prior to joining USC, Dr. Seidler was a Ruth Kirschstein Postdoctoral Fellow at UCLA in the laboratory of Dr. David Eisenberg where his research focused on atomic-resolution structure determination of protein aggregates, and the development of structure-based inhibitors to block prion-like spread of protein aggregation in neurodegenerative disorders. He has been the recipient of numerous awards including a 2018 Turken Research Award for studies on Alzheimer’s disease, a 2019 award from the UCLA Department of Energy (DOE) for scientific productivity, and a Young Investigator Scholarship from the Alzheimer’s Drug Discovery Foundation (ADDF) in 2018 and 2019.