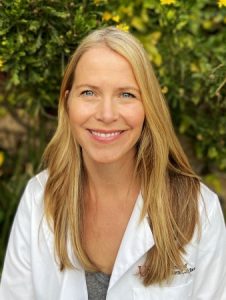 Jennica Zaro is an associate professor in the Department of Pharmacology and Pharmaceutical Sciences and assistant dean for assessment in the Office of Graduate Education and Postdoctoral Studies. Previously, she was assistant dean for assessment and scholarship and associate professor of pharmaceutical sciences at West Coast University School of Pharmacy. Prior to that, she was research assistant professor and a core director of the Translational Research and Histology laboratories at the USC School of Pharmacy. A PhD graduate in Pharmaceutical Sciences from the USC School of Pharmacy, she has held several roles in the pharmaceutical industry, where she has developed formulations for aerosol products and designed and validated analytical methods for protein drugs.

Zaro’s research is focused on targeted drug delivery applications utilizing protein-drug conjugates or recombinant fusion proteins, for which she has been awarded numerous grants and has published more than 30 peer-reviewed research articles and book chapters. She completed the American Association of Colleges of Pharmacy’s Academic Leadership Fellows Program, serves on the Board of Grants for the American Foundation for Pharmaceutical Education, and has served on several other national and international grant review panels, including the National Institutes of Health and the United Kingdom Medical Research Council.