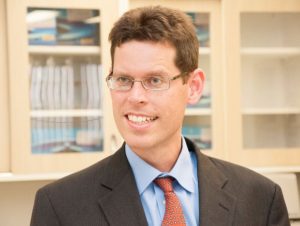 Andrew MacKay received his SB in chemical engineering and biology from the Massachusetts Institute of Technology in 1999. A Howard Hughes Medical Institute Predoctoral Fellow, he completed his PhD at the University of California at San Francisco and Berkeley in the joint graduate group in bioengineering in 2005. As a Kirschstein National Research Service Award Postdoctoral Fellow, MacKay studied at Duke University in the Department of Biomedical Engineering. In 2008, he joined the faculty at the University of Southern California.

MacKay is a full member of the USC Norris Comprehensive Cancer Center. He has authored more than 49 peer-reviewed publications. His work is and has been supported by the U.S. Army, National Institutes of Health, National Institute of General Medical Sciences, National Institute of Biomedical Imaging and Bioengineering, National Eye Institute, StopCancer, USC Ming Hsieh Institute and the USC Whittier Foundation. His group explores biomolecular engineering and nanomedicine. He has deep expertise teaching drug delivery, nanoscience and pharmacokinetics.