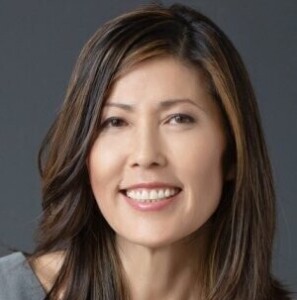 Chair & Associate Professor of the Department of Regulatory and Quality Sciences

Department of Regulatory and Quality Sciences

Eunjoo Pacifici received her doctor of pharmacy and PhD in toxicology from the University of Southern California. She conducted her graduate research in the laboratory of Dr. Alex Sevanian in the Institute for Toxicology at USC, where she studied the mechanism of oxidative damage and repair in endothelial cell membrane.

After receiving her graduate degrees, Pacifici worked at Amgen and gained experience in conducting clinical research with a special focus on Asia Pacific and Latin America regions. She initially worked in the clinical development group managing U.S. investigational sites and central laboratories and then went on to work in the Asia Pacific/Latin America group interfacing with local clinical and regulatory staff in Japan, People’s Republic of China, Taiwan and Mexico. She represented regional clinical and regulatory views on therapeutic product development teams and led satellite task forces in order to align local efforts with U.S. activities.

In her current role, Pacifici is working to provide the next generation of regulatory scientists and pharmacy professionals with knowledge, tools and skills to expedite the development and delivery of innovative, safe and effective biomedical products.