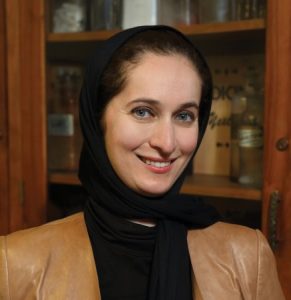 Dima Mazen Qato, PharmD, MPH, PhD, serves as the Hygeia Centennial Chair and associate professor (with tenure) in the Titus Family Department of Clinical Pharmacy. She has also been appointed as a senior fellow with the USC Leonard D. Schaeffer Center for Health Policy & Economics.

Prior to joining USC, Qato was an associate professor in the Department of Pharmacy Systems, Outcomes and Policy at the University of Illinois at Chicago (UIC) College of Pharmacy (2012-2020). She also served as a National Academy of Medicine Pharmacy fellow for 2018-2020. Qato received her PharmD from UIC, an MPH from the Johns Hopkins School of Public Health and a PhD in public health from the University of Illinois School of Public Health.

At the USC School of Pharmacy, she is also the Director of the Program on Medicines and Public Health (https://pharmacyschool.usc.edu/faculty-directory) and conducts interdisciplinary research efforts focusing on drug utilization, access to medicines and pharmaceutical policy both in the U.S. and globally to better understand why medications are used, or not used, and how they can and should be used in the population to promote equity, longevity and good health.

Qato’s research utilizes population-based methods to better understand the underlying mechanisms responsible for the use, underuse and unsafe use of medications, how these patterns may influence health outcomes and health disparities, and what can be done from a community and policy perspective to address these growing public health problems. Her goal is to promote public accountability to better ensure access to, and safe use of, medications at the national, state and local levels. In an effort to achieve this goal, Qato is interested in incorporating the concept of “essential medicines” in payment and regulatory decision-making in ongoing healthcare reform.